It's been three years since the Steadytones released their debut album "Heavy Impact" and mastered noumerous stage appearences throughout almost all of Europe you can truely say they earned their spurs as backing band of quite a few vintage reggae artists and carried their "explosive reggay" sound far beyond the German borders. No one can deny Reggae being jamaicas bestseller no. 1. After intensive collaborations with highly influencial Vocalist of the Genre like Stranger Cole and Doreen Shaffer who you can easily describe as Pioneers and founding fathers the band destictly matured and emerged in their playing. Talking about Ska, Rocksteady or Early reggae on stage or in the studio all of the warhorses of old school reggae such as Keith and Tex, Dawn Penn or Patsy Todd were exited about the southern German offbeat machine's truely original sound.

Now after a fairly long tom in the recording studio where the band did research on an even more explosive formula for their music they added extracts and elements of surf, soul Rhythm and blues and calypso to guarantee the biggest blasting power possible and packed dancefloors at no matter which event. Live you will of course furthermore be able to experience unconsumed spirit of 69 and mod era classics being conjured on stage out of the steadytones well sorted record case packed with Early reggae hits!

The 5 headed rhythm hydra consisting of drums, bass, two guitars and the breathtaking, boneshaking and booming organ roar is topped by 3 male voices in the manner of a classical Rocksteady vocal trio. The edgy funky early reggae grooves combined with twangy guitars and more soulful features takes you back to musical age of the 60's when the path was getting prepared for Reggaesuperstars like Bob Marley, Jimi Cliff and many more.

So shuffle your feet to the Steadytones beat, Boss reggae! 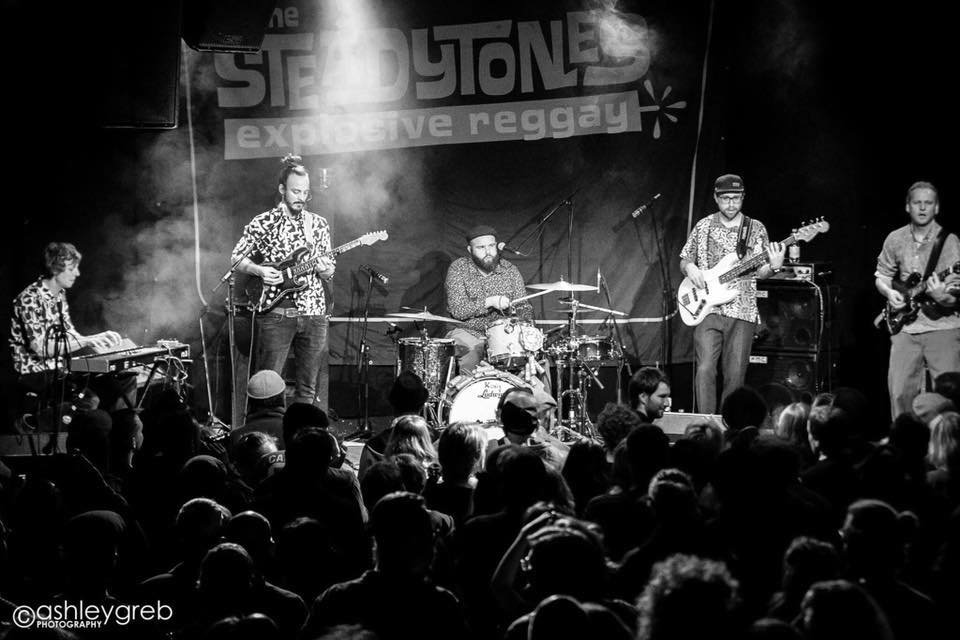